Eye Of The Bennu 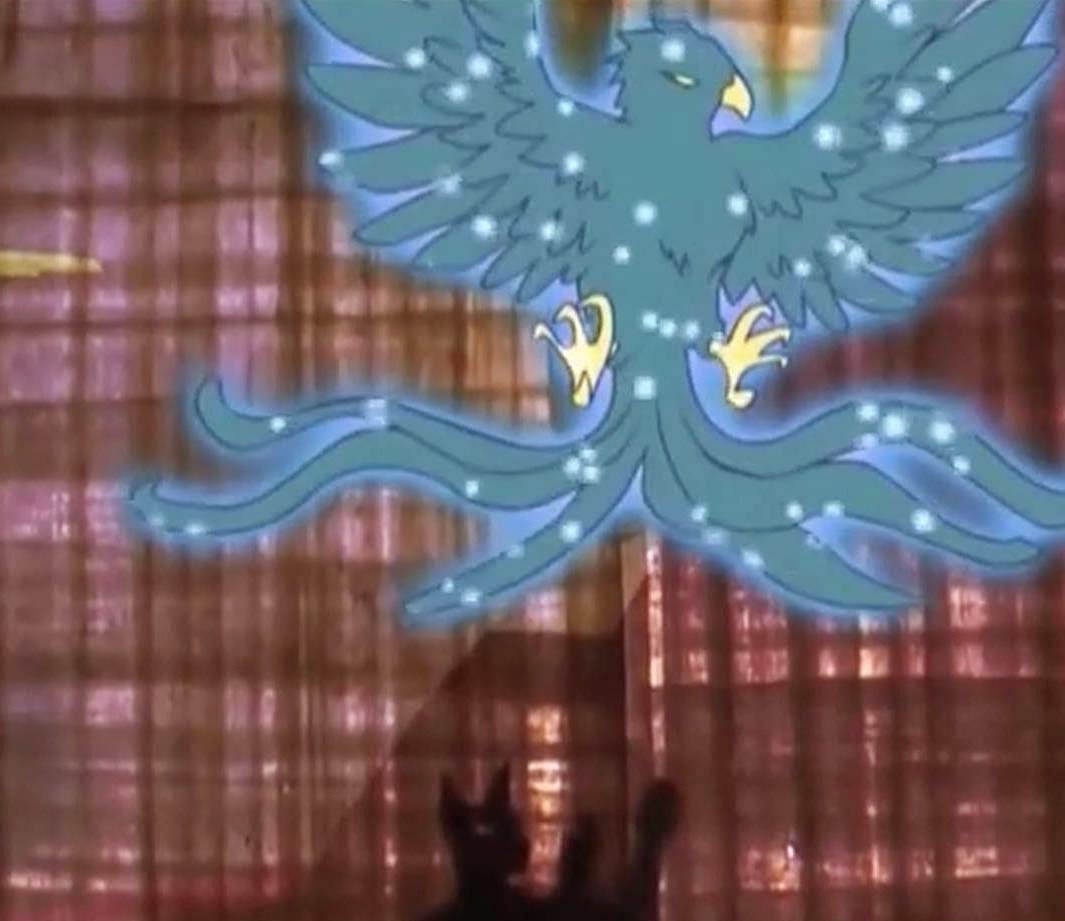 I came across this wonderful film made with shadow puppets and papyrus screens before I left for my trip to the US. I find "Eye Of The Bennu" by Solar Falcon Productions delightful, and wanted to meet the film maker and creator Paul Madariaga when I was in LA - changes to my schedule prevented that happening however. 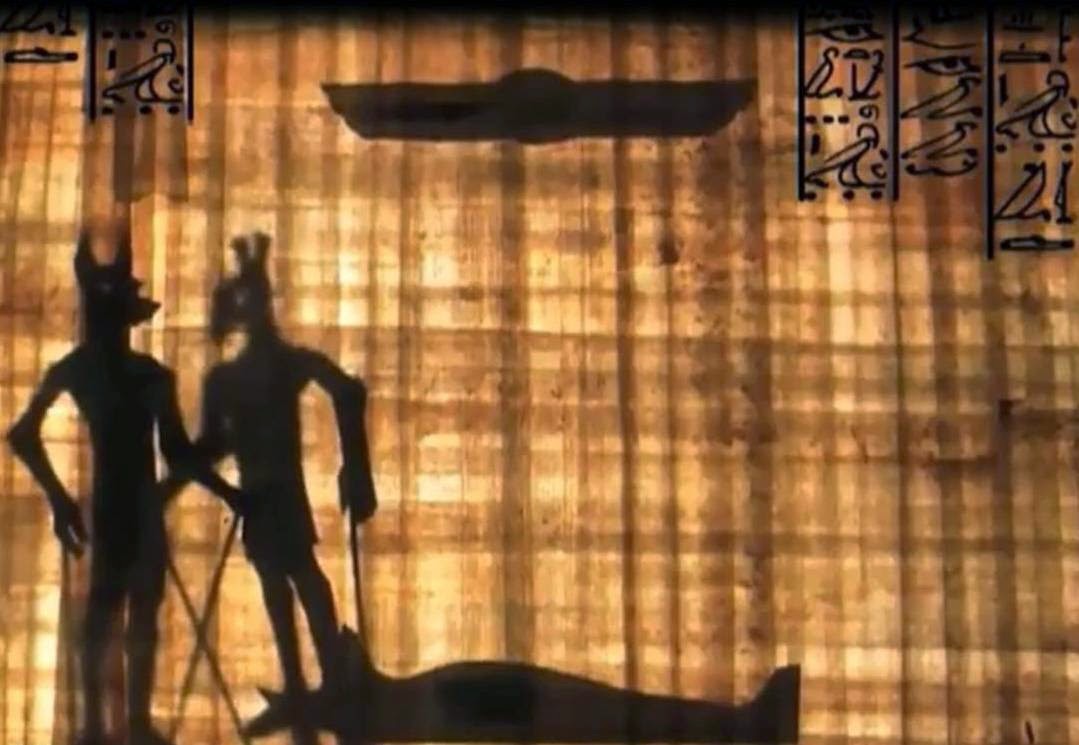 The film is a great example of Kemeticism manifesting today, and I would have loved to have discussed this in depth with the creator. The story is set in an Ancient Egyptian fantasy world and uses Kemetic themes and concepts to tell a story essentially about overthrowing the forces of Apep. The story could come from one of the ancient manuscripts, except that this version of Luxor comes complete with a monorail (I love that!) 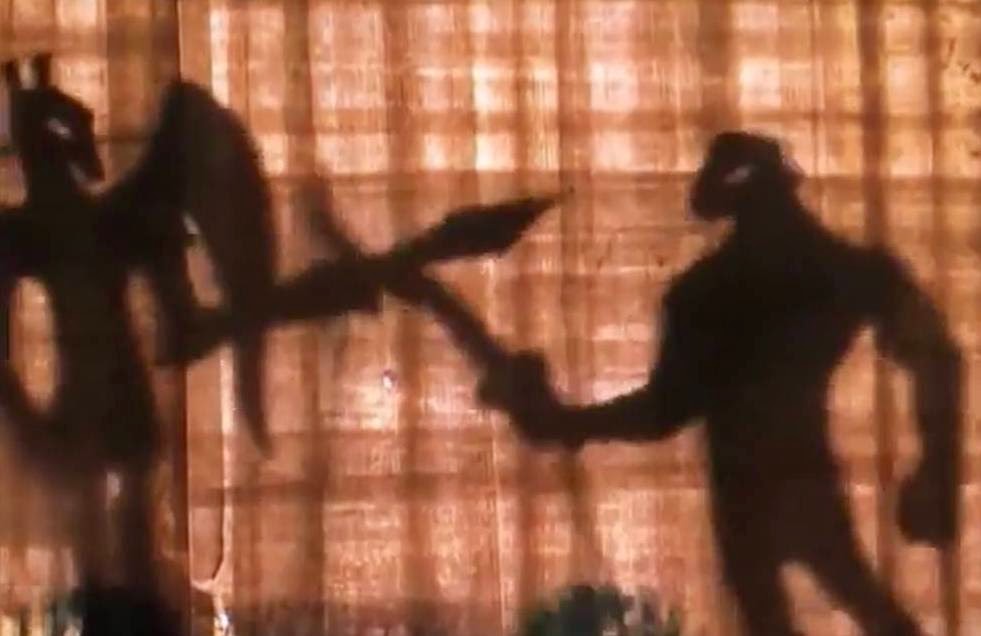 Described as "a classic heroes journey filmed in the style of shadow puppetry behind papyrus" it tells the story of the jackal Aketnu who is caught up in the kingdom's struggle to manifest the Neter Ra through the pharaoh, before their enemies - the Hyksos - can do the same with the evil serpent Apep.

The papyrus background is used effectively as a screen for the shadow puppets to present on, as well as being a scroll with  hieroglyphs atop and at the sides as the story unfolds.

There are wonderful and inspiring images that turned me on as an artist - such as the Set like figures, winged Set figures (amongst others) and a beautiful colorful Khepera.


The film is the winner of Best Action Film and Best Sound Design at the 2013 PollyGrind Film Festival in Las Vegas, NV. You can download or rent a copy by following this link. The video above is a trailer of the film.
Posted by Setken at 19:37

Email ThisBlogThis!Share to TwitterShare to FacebookShare to Pinterest
Labels: eye of the bennu, film, khepera, Set