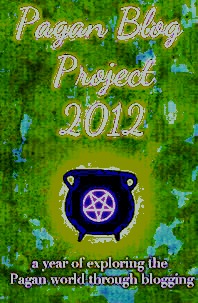 A month after concluding the Pagan Blog Project 2012 I reflect on the journey.

It takes a lot to coordinate and stage an undertaking like this and I am grateful that the owner / creator of the project did!

Participating in the project made me write frequently. It has brought me some of my most popular posts, and has given my blog a bit of padding. The challenge has been in realizing that padding would be a part of the process as trying to meet the requirement of two letters of the alphabet every month was damn hard (which is why the project started with a few hundred and finished with 30 or so – even the creator of the project herself quit before the end!)

Hopefully, the weeks where I was struggling (major padding) were balanced with the ones where Djehuty really was cracking through (the good posts).

I had joined the project in hoping I would broaden my understanding of Paganism in general, meet new people, and find new readers for my blog. This occurred to a degree, but not as much as I expected.

Just as a sense of community with the project began to evolve through the Facebook page (which I did not join until quite late in the year - I didn't know about it), it was announced that it would be dismantled as the new year approached and a new round of PBP would begin. I lost access to some excellent posts and interactions there, and I think it was even taken down before we got the last “Z” up.

The visits to my blog certainly were boosted through interacting on the Facebook page, although generally I would have to say that not a lot of interest was coming from other bloggers / participants.

How I made it through
I did not have a set roster of what I was going to write. I knew “I” would be a two parter on Immortality. I knew “D” would be Duat and “Z” Zep Tepi.

So I opted for letting things evolve. I found posts “emerging” that could fit with the letter due, and where I was at spiritually or emotionally and even physically at the time. At times, I felt a sense of magick was engendering this process.

Here are some examples.

A Plinth – I had returned from vacation with a large pedastal box my dad made for me, and was finishing it as my second “A” was due

Dua Netjer – I had some rather intense initiation experiences in 2012, and at an ALL LOVE workshop earlier in the year some major shifts occurred; note – check out the lovely spam I got for a few posts around this time from some IT company in India in the comments

Mesopotamia – coincided with a brilliant exhibition at the

Real – coinciding with a brilliant post from Whitley Strieber

Vows,  Lies . . . – another “ this is where I am right now” post; I think this is the first time I let my readers know that I used to be a stripper ;-) YAAAAAAY

Zeal – this post came as a direct result of someone else's post in the PBP (thank the gods, as 2 Z’s was always going to be hard!)

The Pagan Blog Project continues in 2013!
I have many artistic projects that I want to achieve this year so going another round of PBP is just not viable or desirable. But it was fun for last year.

Good luck and fortune to all those participating in the PBP2013!