Earlier this year I recommenced a painting career that I abandoned when I left school. The story is worth telling: I found myself at a crossroads (even then, early in my life) and auditioned for and . I was accepted into both, but the former won out. I never lifted a brush again, until early this year.


I had been compelled – to put it mildly – to paint a portrait of Set. And this is exactly what I did. I bought the required materials and found that the artistic hunger that I had ignored for so long came gradually rushing forth. Rapidly, and strongly.

I then painted a portrait of Heru, followed by Sekhmet and then Maat. I was churning the paintings out at a rate. I noticed that with each painting my technique and skill got sharper. I made friends with Paul Compton at one of the artist shops here in and took his advice on many things from brushes, to colour, to textures. (He has been really valuable to this process).


I had another 3 portraits planned, and then a meditation revealed another inspiration which “demanded” attention, and thus I painted about the Lion Path experience!

Returning back to the portraits, I commenced Amon Ra, and the 1st of 17 tiny little canvases from a planned series called “The Avenue Of Little Votives”. I have only completed Set for this series so far.

I am completing Khepera right now, and have a massive painting of Set sketched out onto a canvas which is the next project. I most likely will paint that one in conjunction with the last of the portraits, Sokar.

I am only compelled to paint Kemetic themes. This is in keeping with my thing of bringing the Netjeru back into the world. Part of that is how to bring Them to this world so very different from the ages where They existed previously. Part of my artistic quest is to make images and art that are unmistakeably Kemetic, but in a way that is not solely focused in the antique past. How to provide an updated version?


In my portraits you can see that each Netjer has a halo. This was inspired by visiting the Coptic Museum in in 2010 where there were examples of the Kemetic transitioning into the Christian world. I have made other interpretations here and there too, such as with wigs and colour for example.

Once I have a plan for the painting –and it usually comes as sketch that I pencil onto the canvas – I commence. Often the paining evolves as I paint it. When I tune in to the Netjeru of subject, sometimes I will “get” to use a colour I did not plan to or think would work. And it does work. This process of surrender is new for me in my artistic life, and has also mirrored in other artistic endeavours in other mediums.

I plan to have an exhibition in the first half of 2013. 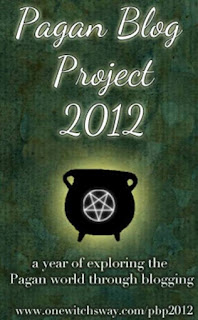